This coming Saturday July 4th its another big home game at Eltham Central Park. We are up against local rival Lower Plenty

Eltham continues to be plagued by a mounting injury list and now faces the added task of taking on a rejuvenated Lower Plenty, as both sides look to square the ledger at 6-6.

The Panthers looked the goods early in last week’s loss to Montmorency, taking a 20-point lead into quarter time following a 13-goal shootout in the first term.

Little separated the sides over the opening three quarters, however the Panthers were eventually left to rue a wasteful third term – where they at once staged booted eight consecutive behinds – in a 27-point defeat.

Lower Plenty notched consecutive wins for just the second time this year following a game with multiple momentum shifts against Northcote Park. The Bears turned a 20-point quarter-time deficit into a 16-point half-time advantage. Then, after falling 12 points behind in the last term, they booted the final five goals to win by 19.

Chas Bromley and Blake Poyser turned in their best performances of the year, while Patty Flynn was strong in the ruck.

Lower Plenty has great recent form against Eltham, claiming wins in four of their past five encounters – including a 24-point triumph when the sides met earlier this season. 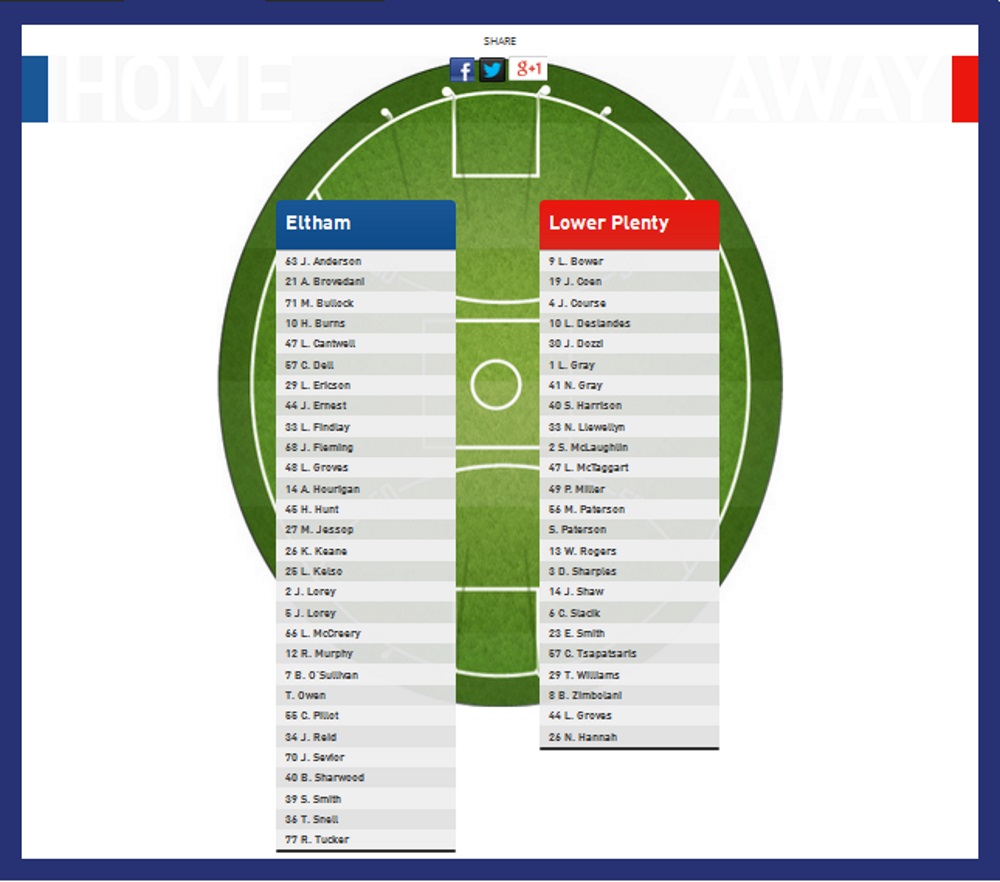 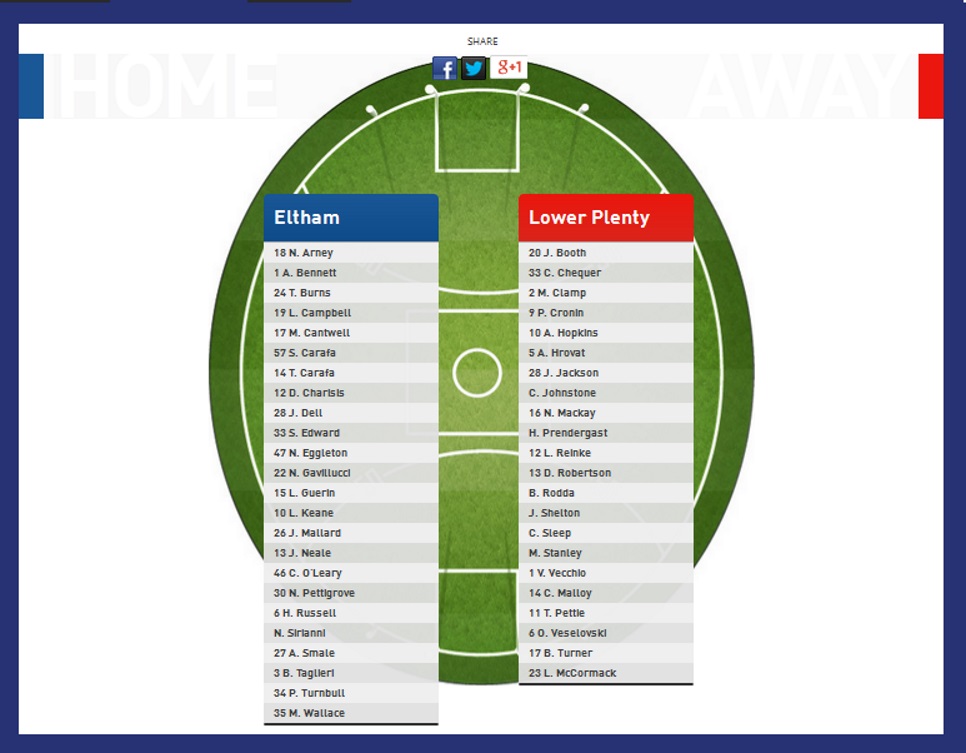