Home game at Central – Panthers vs Roosters Preview and Teams

Home game at Central – Panthers vs Roosters Preview and Teams

Eltham will be looking for its sixth win in succession when it hosts West Preston-Lakeside. The Roosters will be looking to end their own streak, having now lost their past eight games.

After a tight opening three quarters, Eltham was able to streak clear of North Heidelberg in the last to win by 57 points. With James Kroussoratis off injured, midfielders Bradyn Taglieri and Tom Rogers did plenty of damage at Shelley Reserve, kicking four goals apiece.

A win this week, coupled with a Bundoora loss, would ensure third place for the Panthers and a double chance in the finals – an incredible turnaround following last year’s ninth-place finish.

West Preston-Lakeside’s tumble down the ladder continued as it slipped to ninth spot on the back of last week’s 26-point defeat against Bundoora.

The Roosters have not racked up 100 points in a game since their Round 8 win over Lower Plenty, averaging just 57 points a match over the past two months. Brad Sanderson was his side’s best in Round 16, while Aaron Willitts slotted four goals. 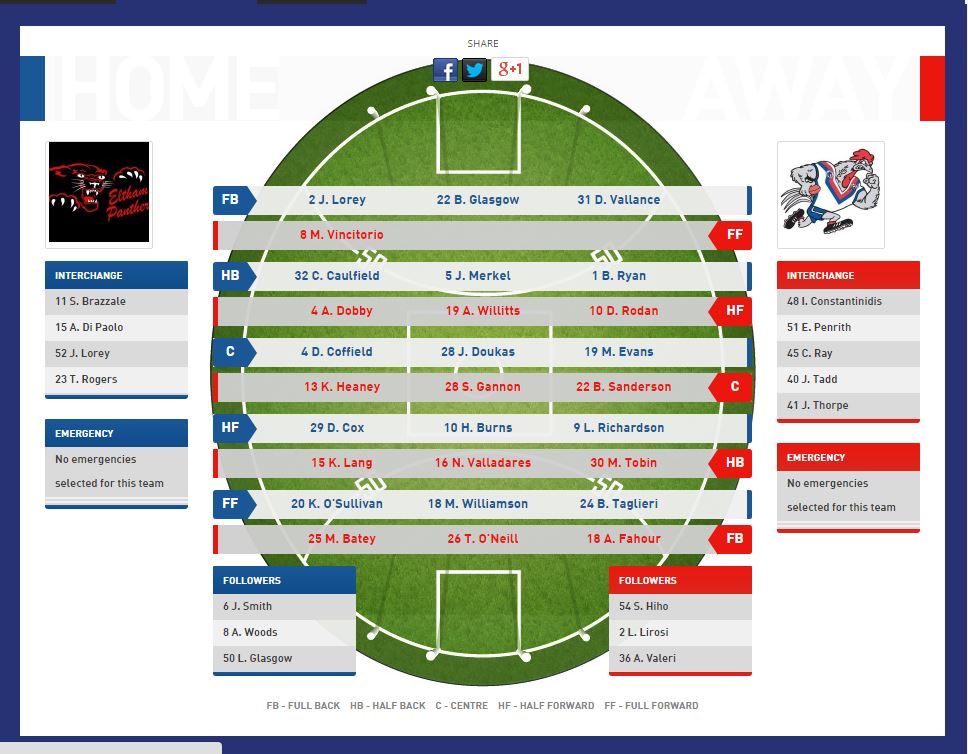 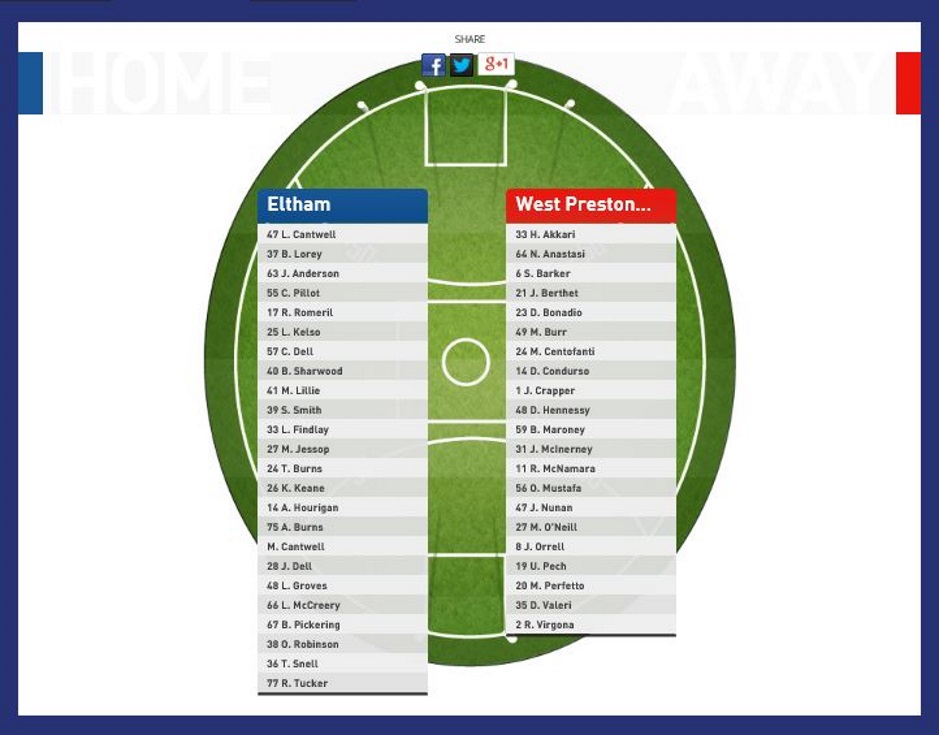 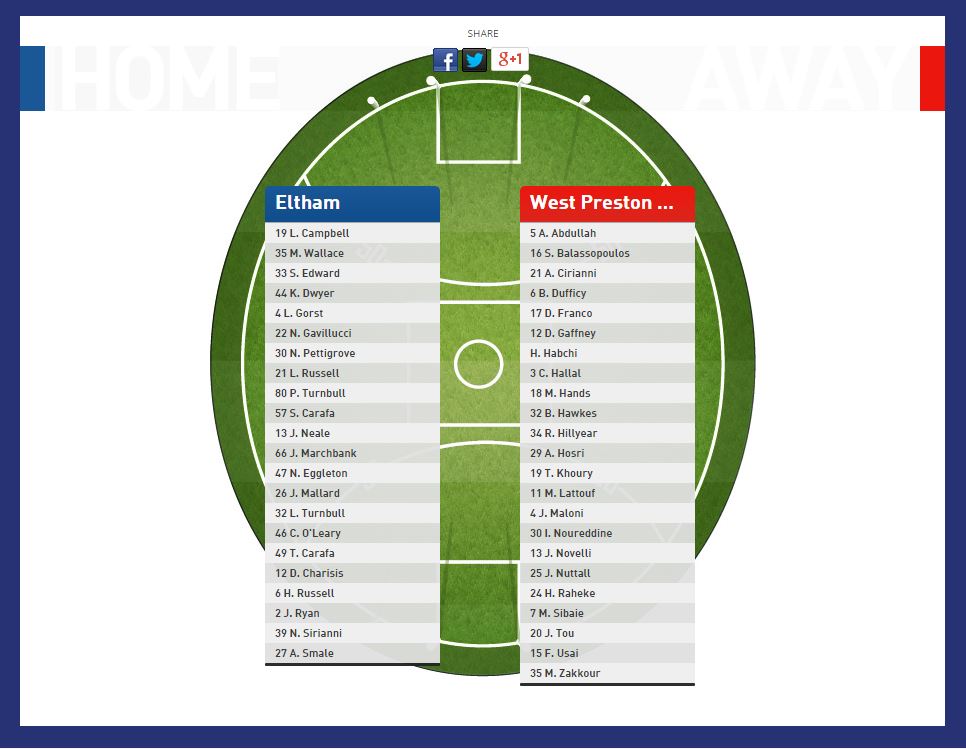