Back from United’s cross town rivals is key position backman Matthew Keys  (CHB No 17) who is returning to the after two years at the Shep. Swans also from the Swans is backman Michael Tinkler( HBF No 7). As well on the backline is Rohan King (No 16) from North Heideleberg

The Freeman twins have returned from Panton Hills) Brandon Freeman (No 40) has been selected on the half foward line, while on the wing  is Jesse Freeman (No 41) . As well former junior and 2016 Whitefriars O.C. Best and Fairest Sean Currie (No 29) is selected to start in a forward pocket

2016 Northern Knights captain and now on the Northern Blues VFL list is midfielder Mason Blakey (No 37) has been selected on an extended bench along with former Panther, back out of retirement, Stephan Courtot (No 19).

Lewis Glasgow (No 50) who spent the entire 2016 on the sidelines recovering from a 2016 pre-seaon injury returns to the midfield for the Panthers, 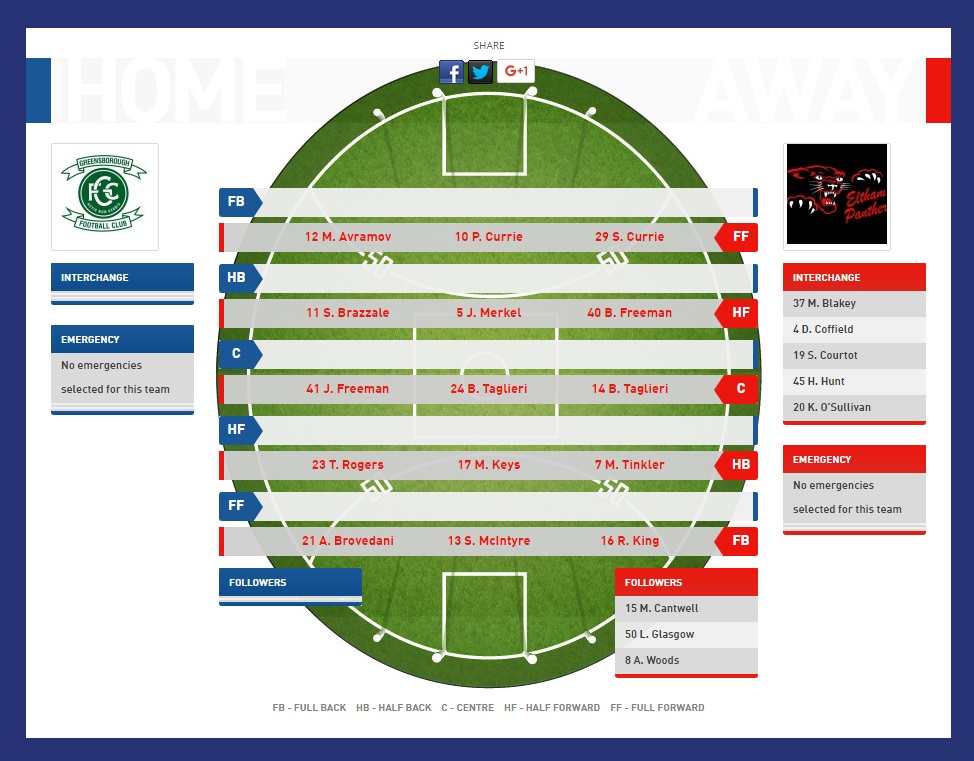