Round 15 – Panthers vs Tigers at Central Park – Teams & Preview

Round 15 – Panthers vs Tigers at Central Park – Teams & Preview

Another big home game again this week at Eltham Central Park when we go up against Heidelberg who currently fifth on the ladder. We have a one game break on them as well as Bundoora and Lower Plenty. The Panthers will not only be looking to keep a break on these other teams but also be striving to break an incredible run out outs against the Tigers

Remarkably our last senior win against Heidelberg was over 33 years when we beat them at Central Park in June 26th Round 10 with a score line of Eltham  17.14 to Heidelberg 12.12.

That year we went on to win the Div 2 Premiership but not before losing to Heidelberg later in the year Round 17 at Heidelberg. Eltham 13.6  Heidelberg 18.12

Heidelberg were to win the Division 2 flag the following year 1983 to be promoted and have remained in Division 1 ever since.

That same year 1983 we were relegated back to Div 2, we did not play Heidelberg again until being promoted after winning the 1989 Div 2 flag.

Eltham will be looking for its fourth home win against a top five side when it hosts Heidelberg at Eltham Central Park.

History will be against the Panthers however, having not beaten the Tigers in their past 40 attempts.

The boys from Panther Place have pushed up into fourth-place on the ladder following last week’s thrilling four-point victory over Greensborough.

The result was their third win over a top-three side this year, having also beaten Macleod and Northcote Park at home.

Bradyn Taglieri, Mathew Evans and Harrison Burns were all among the best players last week as the Panthers opened up a 34-point break on the reigning premier, before holding on for a four-point win.

Heidelberg’s disappointing run of performances continued in Round 14, proving no match for Bundoora at Warringal Park.

Following three successive losses, the Tigers have now slipped to fifth place on the ladder – with only percentage keeping them inside the top five.

Despite the return of a host of key players, the Tigers managed just six majors against the Bulls, following on from just four goals at Greensborough a match prior.

Check back for team selection that will be available on Friday 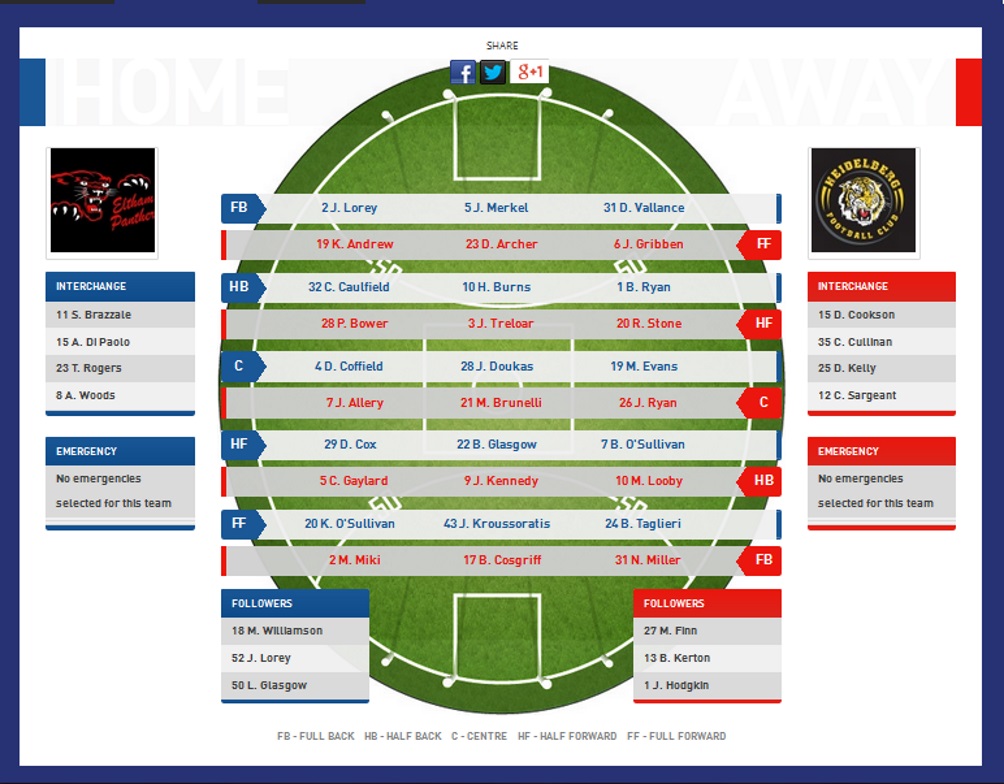 Check Back for team selections 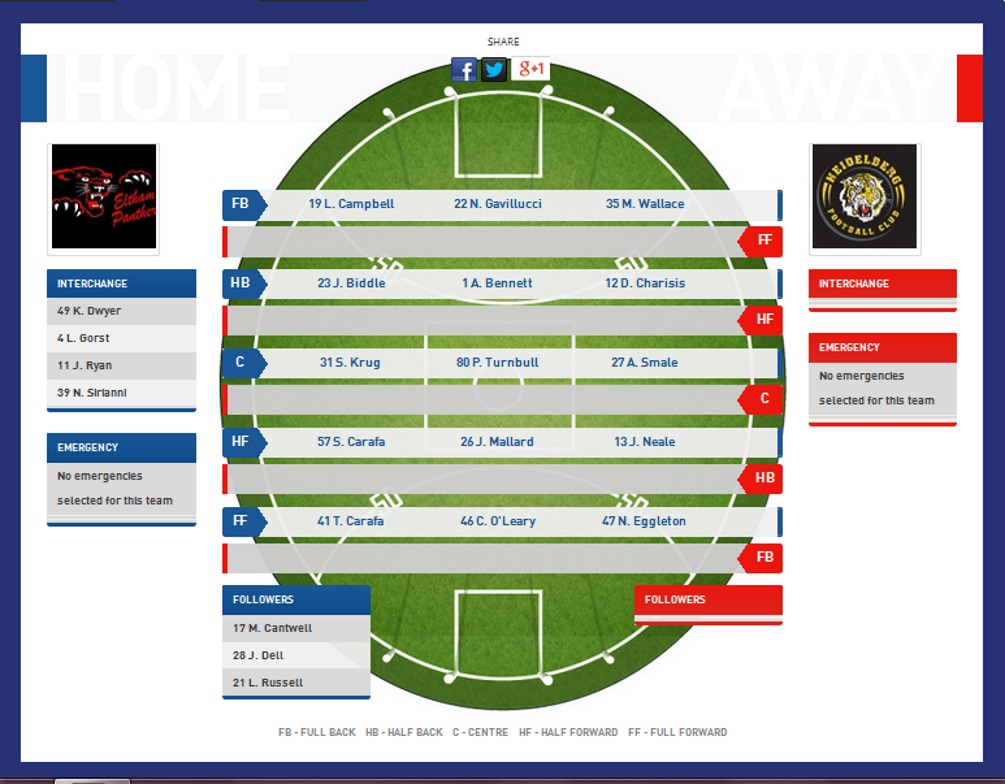