Two of the competition’s form sides meet at Eltham Central Park when Eltham plays host to Heidelberg. The monkey is off the Panthers’ back after last year ending their 33-year drought against the Tigers.

Eltham last week gave the best indication yet that it has returned to the form that saw it play off in last year’s preliminary final.

The Panthers booted the opening four goals in last week’s big win over West Preston-Lakeside, before stretching their lead at every break in the 64-point triumph.

Heidelberg could hardly have been more impressive in the opening five weeks of the season.

Statistically, the Tigers boast the best defence and the best attack in the competition this year, with their percentage hovering over 200 after their 5-0 start.

Extended squads for both Eltham Senior and Reserves teams 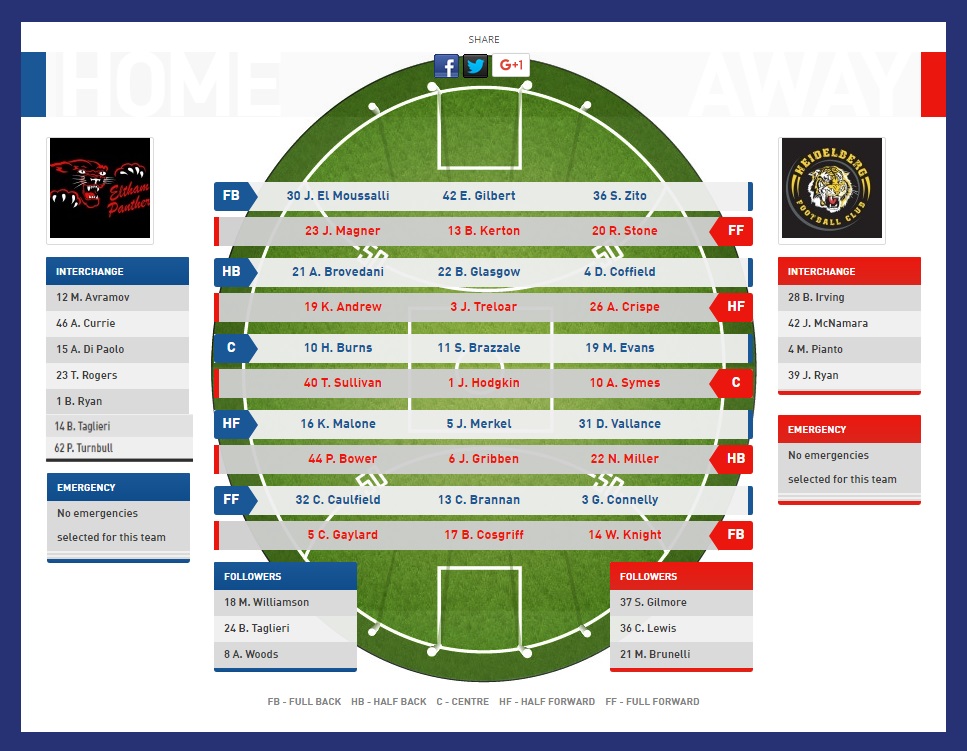