Gavan Connelly and Michael Still will play their first game for the year when Eltham hosts Bundoora. The Panthers also regain Bradyn Taglieri.

As well as the B.C.N.A. Ladies Lunch being held at the Scout hall not far from the club, It is also The Platinum Panthers Maequee day. Those who have not joined can do so at the marquee today. 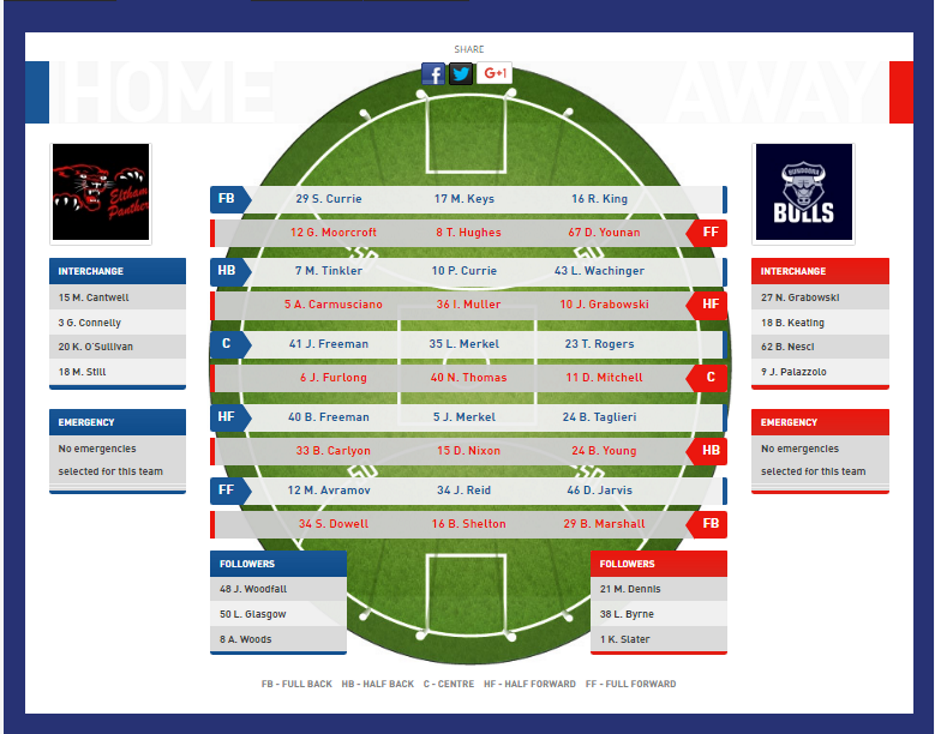