Round 8 – Panthers look to break drought against Tigers – TEAMS

Round 8 – Panthers look to break drought against Tigers – TEAMS

This week we journey to Warringal Park Heidelberg to contest against the Heidelberg Football Club in a vital game for both sides. The Panthers will looking to break an incredible run out outs against the Tigers

That year we went on to win the Div 2 Premiership but not before losing to Heidelberg later in the year Round 17 at Heidelberg. Eltham 13.6  Heidelberg 18.12

Heidelberg were to win the Division 2 flag the following year 1983 to be promoted and have remained in Division 1 ever since.

That same year 1983 we were relegated back to Div 2, we did not play Heidelberg again until being promoted after winning the 1989 Div 2 flag.

Our undefeated Reserves could be really tested this week against a strong Tigers side who have only suffered the one defeat, that being against Boro a few weeks back. Should be a great game

Our Under 19s are looking to win just their second game of the year against Heidelberg, who are looking for their first win for the year.

Changes to senior Side 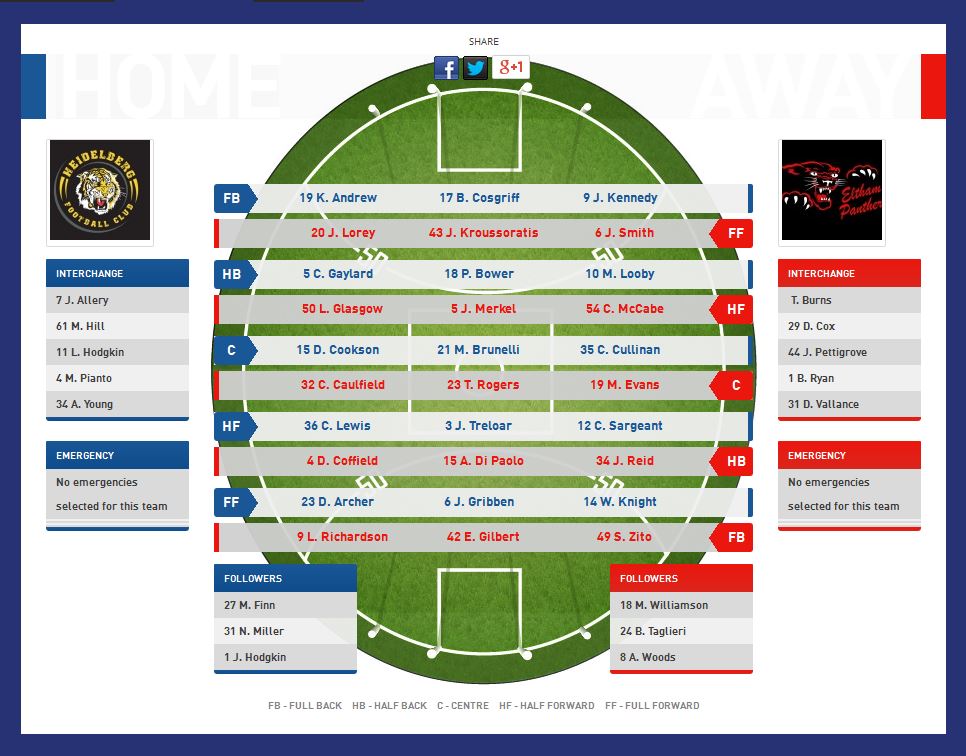 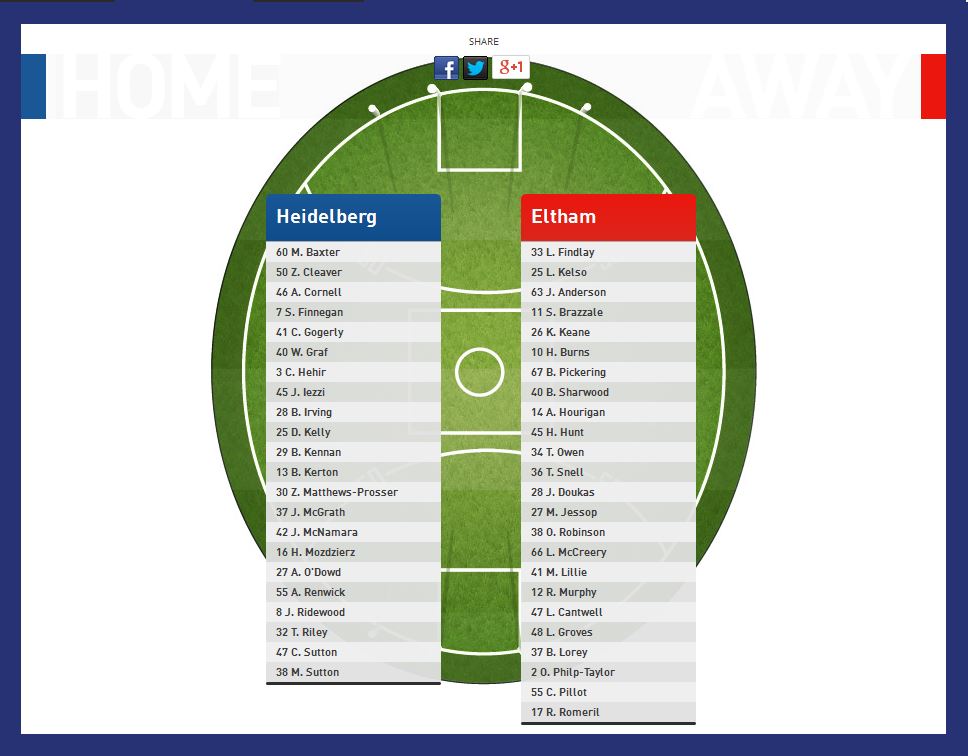 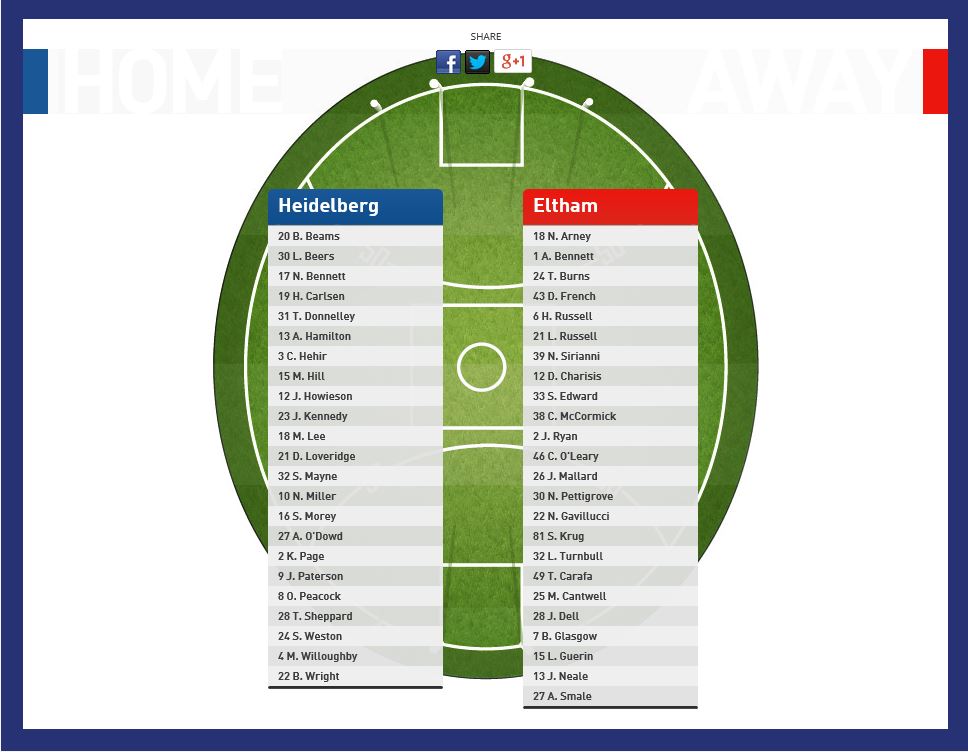