Match times at Hurstbridge this Saturday – Reserves 11.55am, Seniors 2.10pm

Congratulations to Paul Currie who will on Saturday play his 100th Senior game for the Eltham Football Club.
A product of the Eltham Juniors. Paul was drafted by Sydney in 2005 and played the 2006 season in the Reserves in Sydney, returning to Victoria in 2007 and played at Coburg VFL for two seasons along with a couple of appearances with Eltham in 2008
Paul returned to Eltham and played with the Panthers from 2009 to 2013 being Captain of the club from 2010 to 2013. The last three years Paul has played at Shepparton United before returning to the Panther this year.

All the Best on Saturday Paul 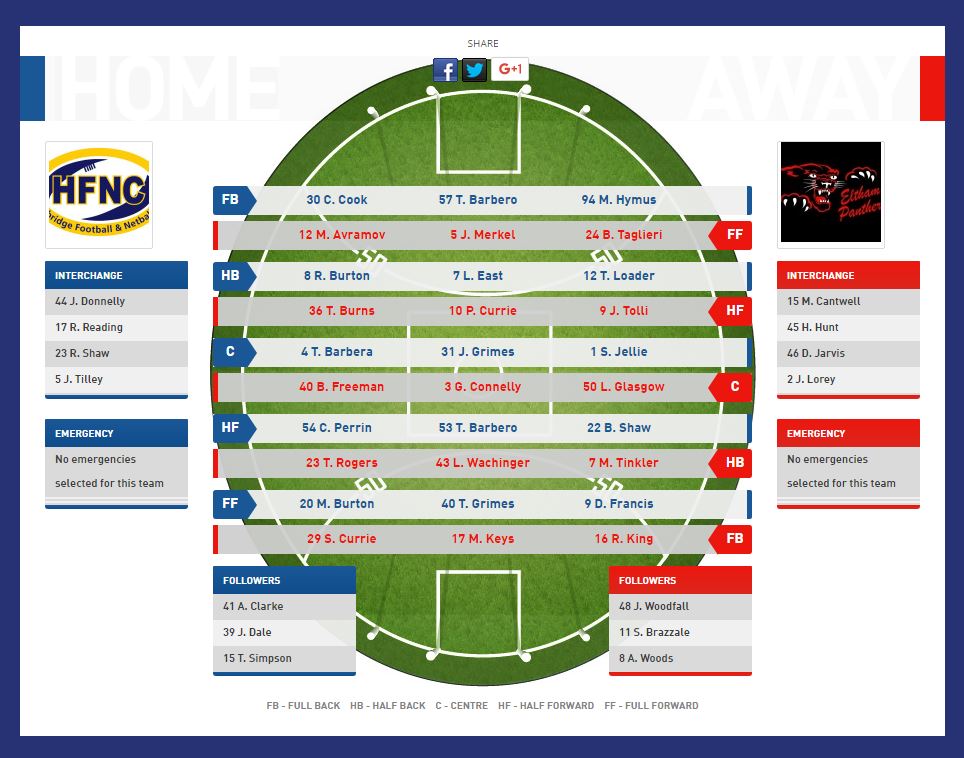