This week – Greensborough – Big test at Central – Preview and Teams

This week – Greensborough – Big test at Central – Preview and Teams

Our next game will be a big one when go up against 2014 Premiers and current Top side Greensborough.

This weekend Greensborough makes the trip to Panther Place to take on an in-form Eltham line-up. Consecutive wins over Lower Plenty and Bundoora have improved the Panthers record to 7-6 and moved them a game clear of the Bulls inside the top five.

The Boro recorded their 11th win of the season prior to the break when they outlasted an undermanned Heidelberg outfit for their third successive triumph over the Tigers. Defenders Matthew Hyde and Adrian Cataldo excelled in the wet conditions, while Rhys Boyden’s four goals were equal to Heidelberg’s tally for the day.

Eltham scored a thrilling one-point win at Bundoora with a Darcy Vallance goal in the dying stages levelling the scores, before James Kroussoratis rushed through a behind for the Panthers with less than two minutes left on the clock. Big man Matthew Williamson was impressive in the win over the Bulls, as were youngsters Daniel Coffield and Lewis Glasgow. The result moved Eltham level on points with Northcote Park and Heidelberg in the race for a third-place finish.

Changes to Senior Side

* Sean Bolger  from the Northern Blues is playing his first game for us since starring in our big win against Northcote Park in 2014. Sean has played 6 Northern Blues VFL games in 2015 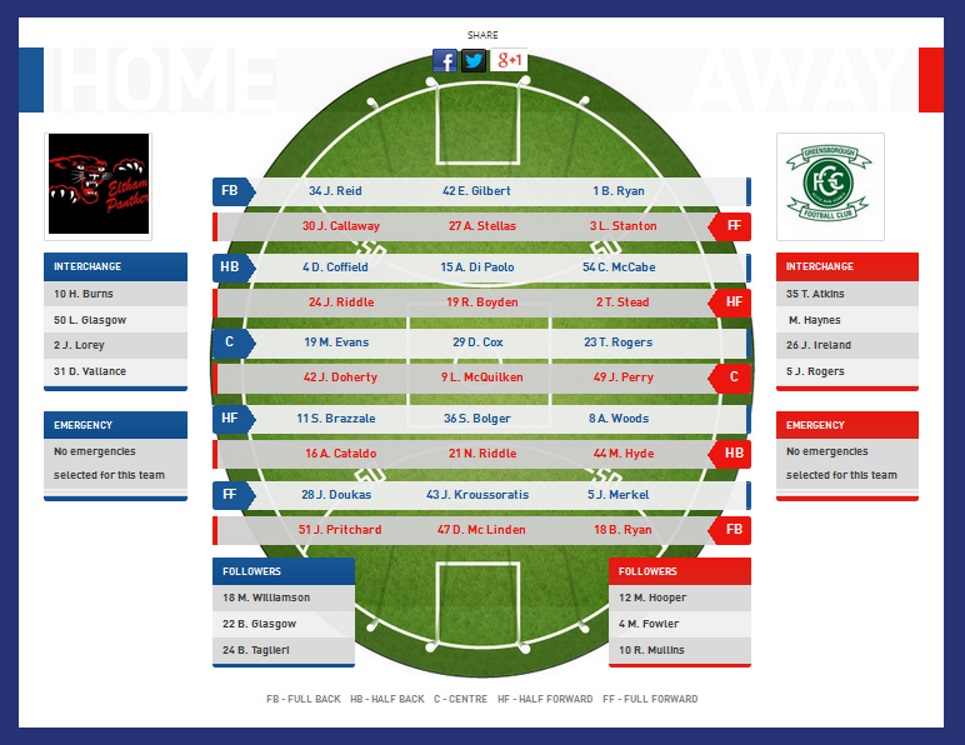 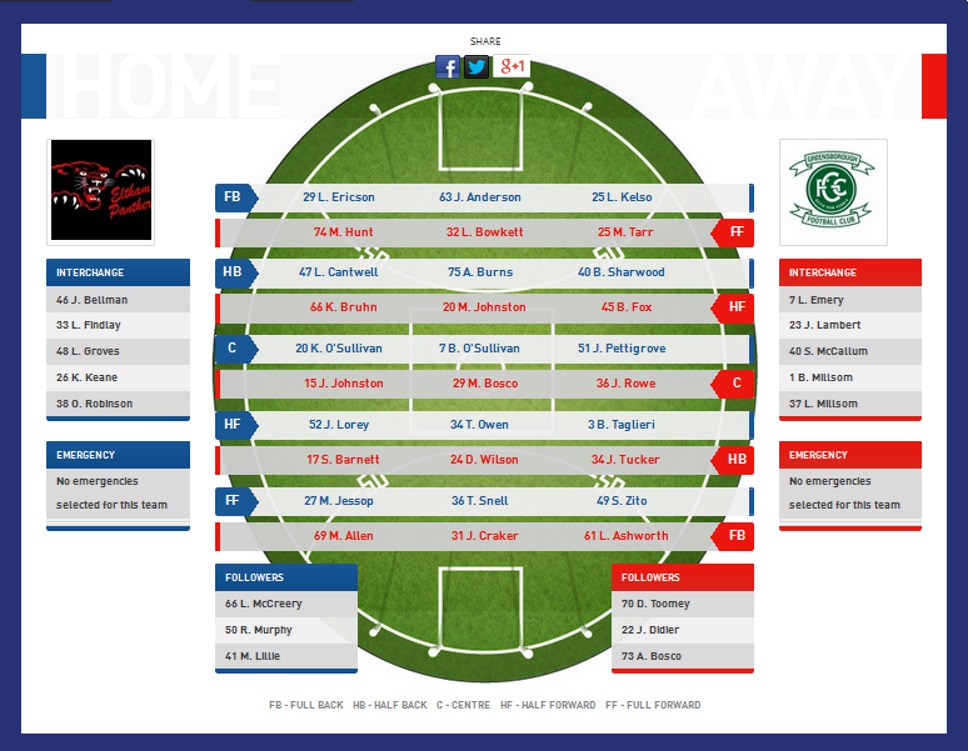 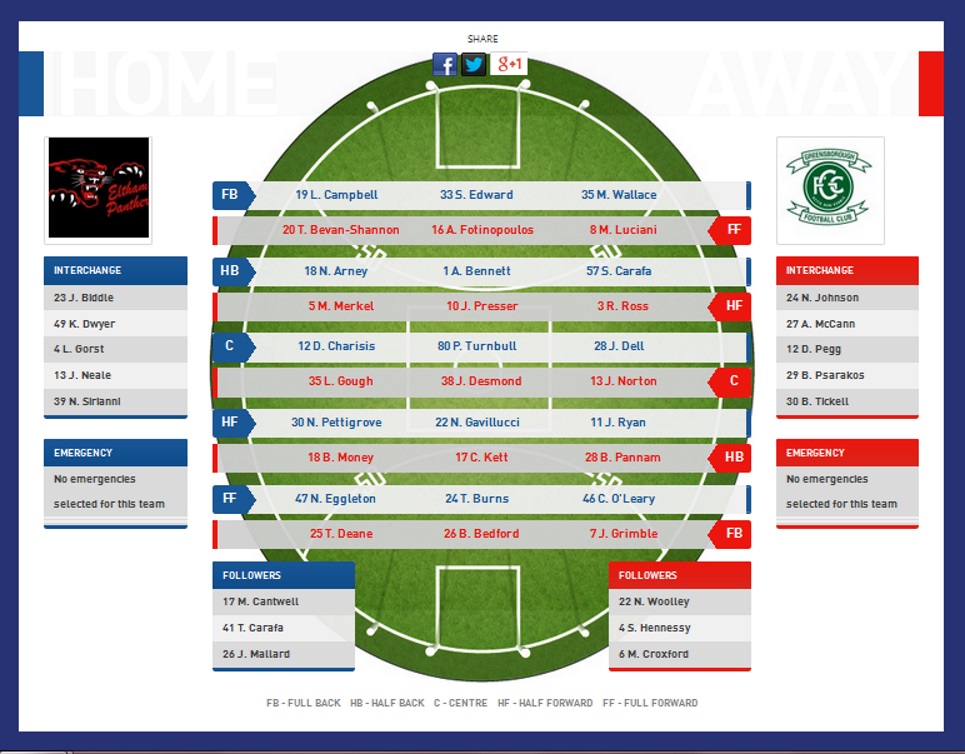