This week North Heidelberg away – Preview and Teams

This week North Heidelberg away – Preview and Teams

This Saturday we Journey to Shelly Street to take on North Heidelberg.

Eltham will be highly-fancied to record a fifth-successive win when it takes on North Heidelberg at Shelley Reserve.

The Panthers are the form side of the competition with Macleod and overcame a wasteful start last week to haul in Heidelberg – ending a run of 40-straight losses to the Tigers.

Big man Matthew Williamson was a key figure in last week’s triumph and capped of his performance with two important goals. Chase Caulfield was impressive in his return from suspension, while Jamie Doukas’ four goals were a career-best at senior level.

North Heidelberg suffered its worst defeat in its return to the top flight, simply unable to close down Lower Plenty’s scoring avenues on the small confines of Montmorency Park.

The Bulldogs conceded 11 goals in the second quarter and another nine in the last. Simon Andrews was a constant threat when the Bulldogs did move the ball forward and booted six of his side’s 10 goals.

Just the one change from last week’s Senior team Lachie Richardson back from injury, Brendan O’Sullivan out injured. 23rd man is Marcus Cantwell 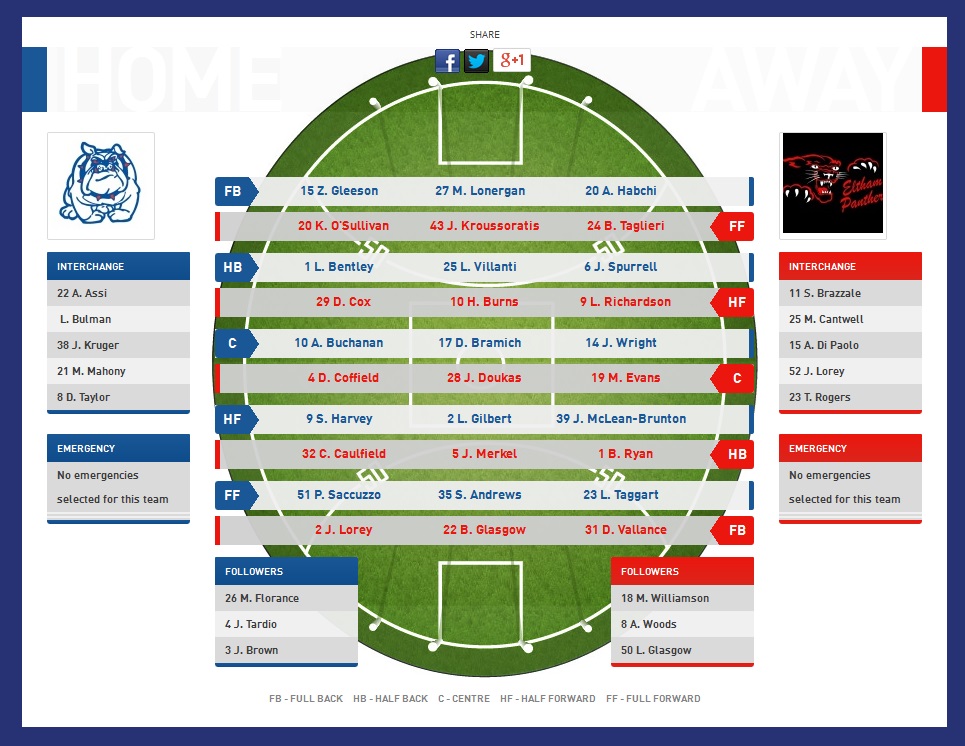 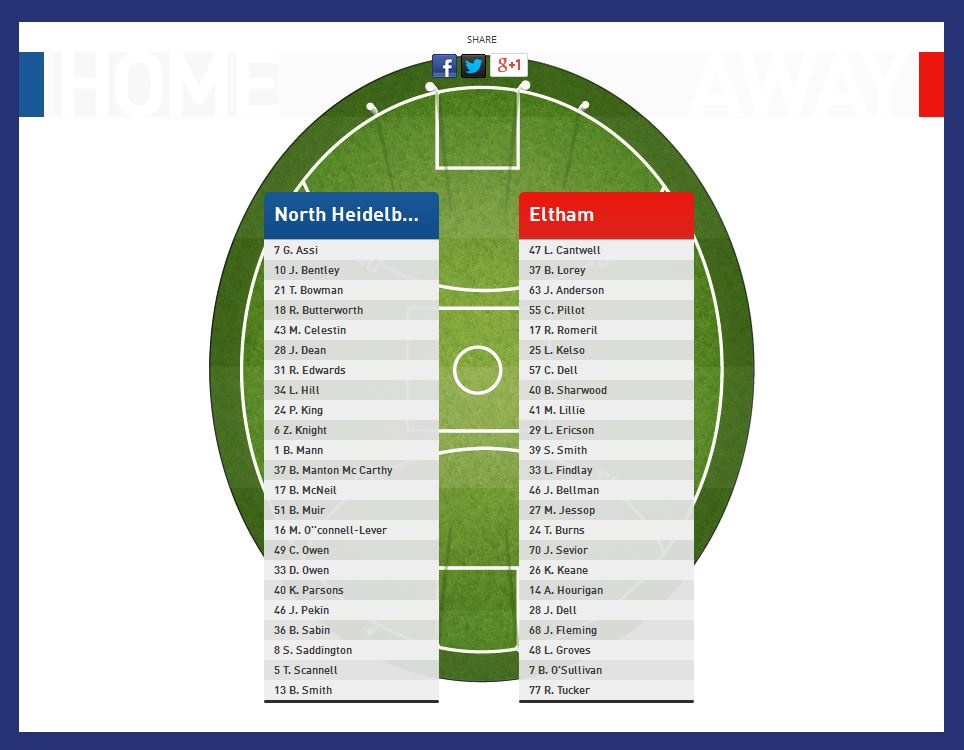 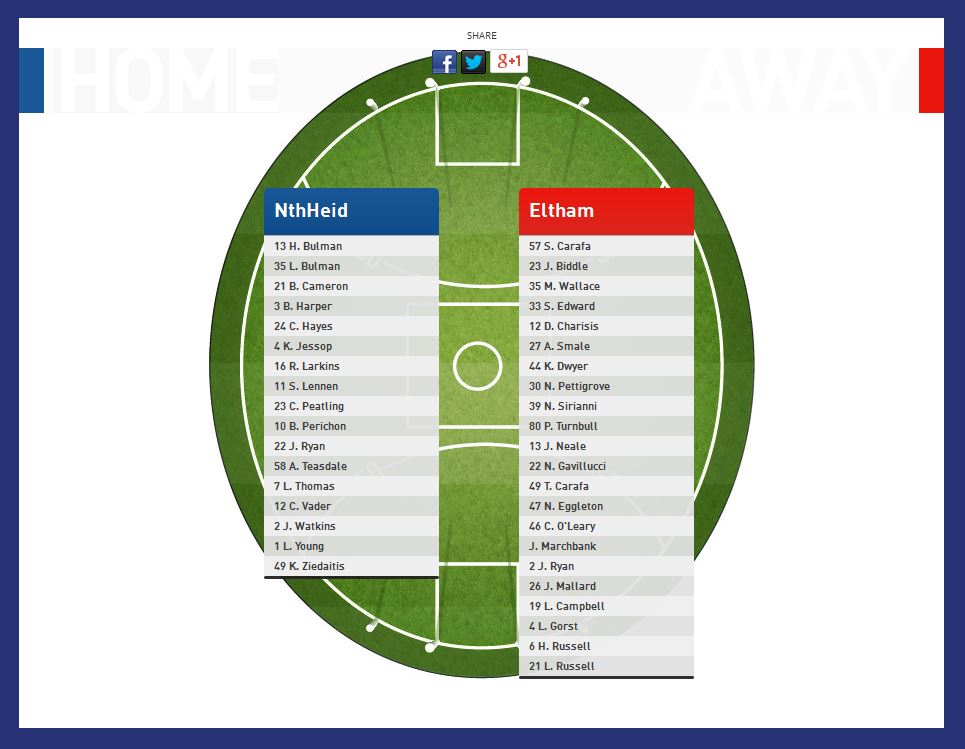