Probably our most important game of the year so far coming up next Saturday August 22nd, when we journey to take on Macleod at DeWinton Park Rosanna

Win and we retain the double chance and most likely play Macleod again the following week at Preston City Oval in the Qualifying Final.

Lose and we have to rely on Lower Plenty defeating Bundoora at Lower, if not may all come down to percentage.

Arguably the most crucial game of Round 18 takes place at De Winton Park where Macleod hosts Eltham in a second vs third battle that could well be a preview for next week’s qualifying final.

Macleod last week slipped from top spot after it suffered its first loss since Round 5 in a see-sawing battle against Bundoora.

The Roos will have to keep their perfect home record intact and hope North Heidelberg can cause a huge upset over Greensborough in order to jump back into first place at the conclusion of Round 18.

Already undermanned heading into last week’s contest, the Roos suffered an early blow when Liam Brandt injured his hamstring in the second term.

However, strong showings from Lucas Hobbs (three goals) and Justin White gave the Roos a three-quarter time advantage before running out of gas in the last.

A best on ground performance from Bradyn Taglieri, plus five goals to Matthew Williamson helped Eltham overcome the absence of James Kroussoratis in last week’s four-goal win over West Preston-Lakeside – helping the club to six straight wins in Division 1 for the first time since 1974.

A win this weekend would secure the double chance in the finals for the Panthers. Should their winning run be broken, they will have to hope Lower Plenty defeats Bundoora in order to hold onto third place.

Eltham has winning form over Macleod after beating the Roos in a Round 5 classic at Eltham Central Park by six points. 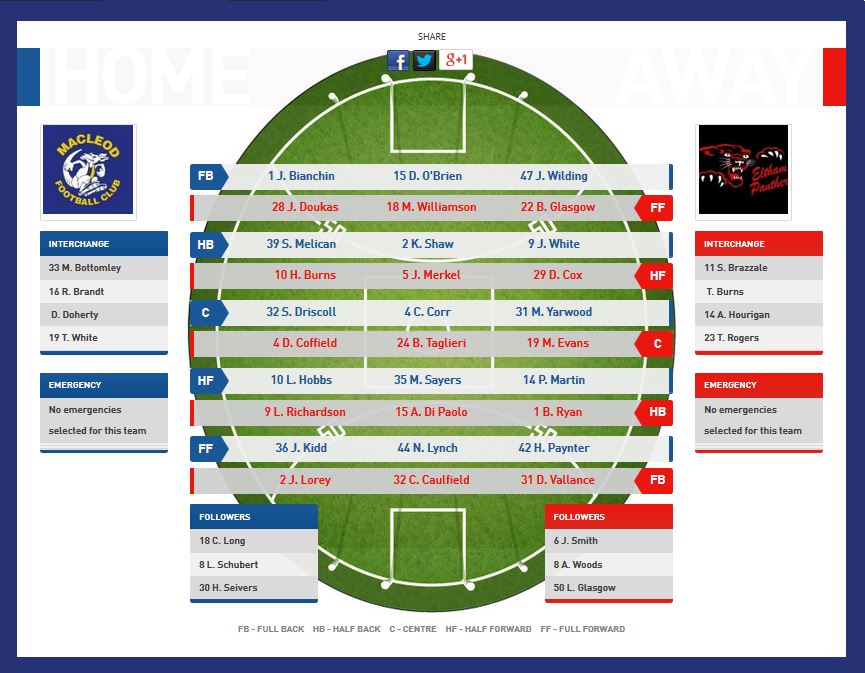 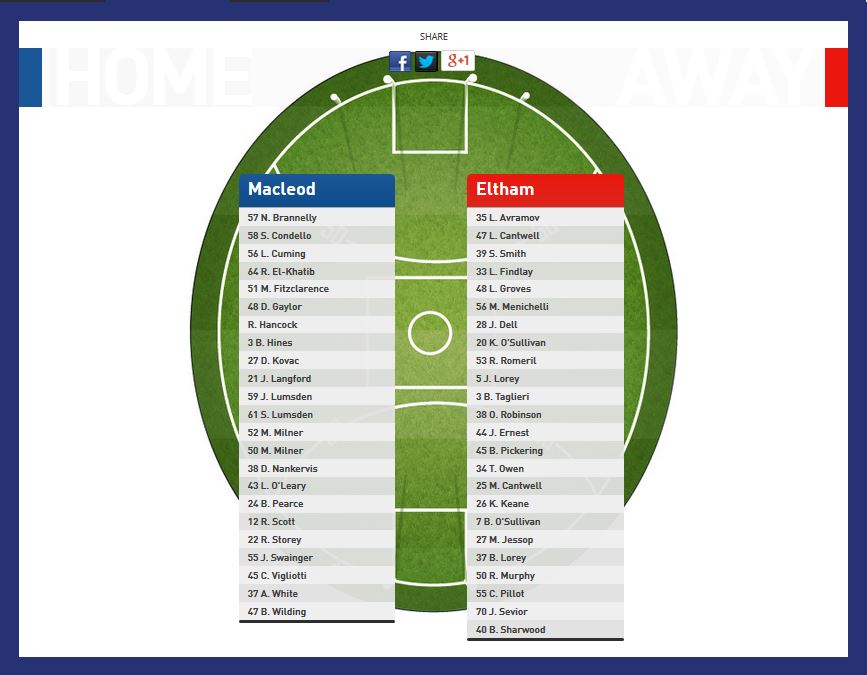