Around 170 guests attended a fabulous night at Shoppingtown Hotel Cabaret Room for the 2017 Presentation Night – Congratulations to all trophy winners on the night.

Midfielder Anton Woods collected his first Eltham Senior Best and Fairest with in a close finish by eight votes on the night.

Anton collected 143 Votes, polling in 15 of the 16 matches he played in 2017 missing two through injury to win from Lewis Glasgow who returned after misssing the whole of 2016 with injury
with his second placing with 135 Votes with votes in 14 games from 18 played.

Mikael Avramov won the Coaches Award for the seniors. 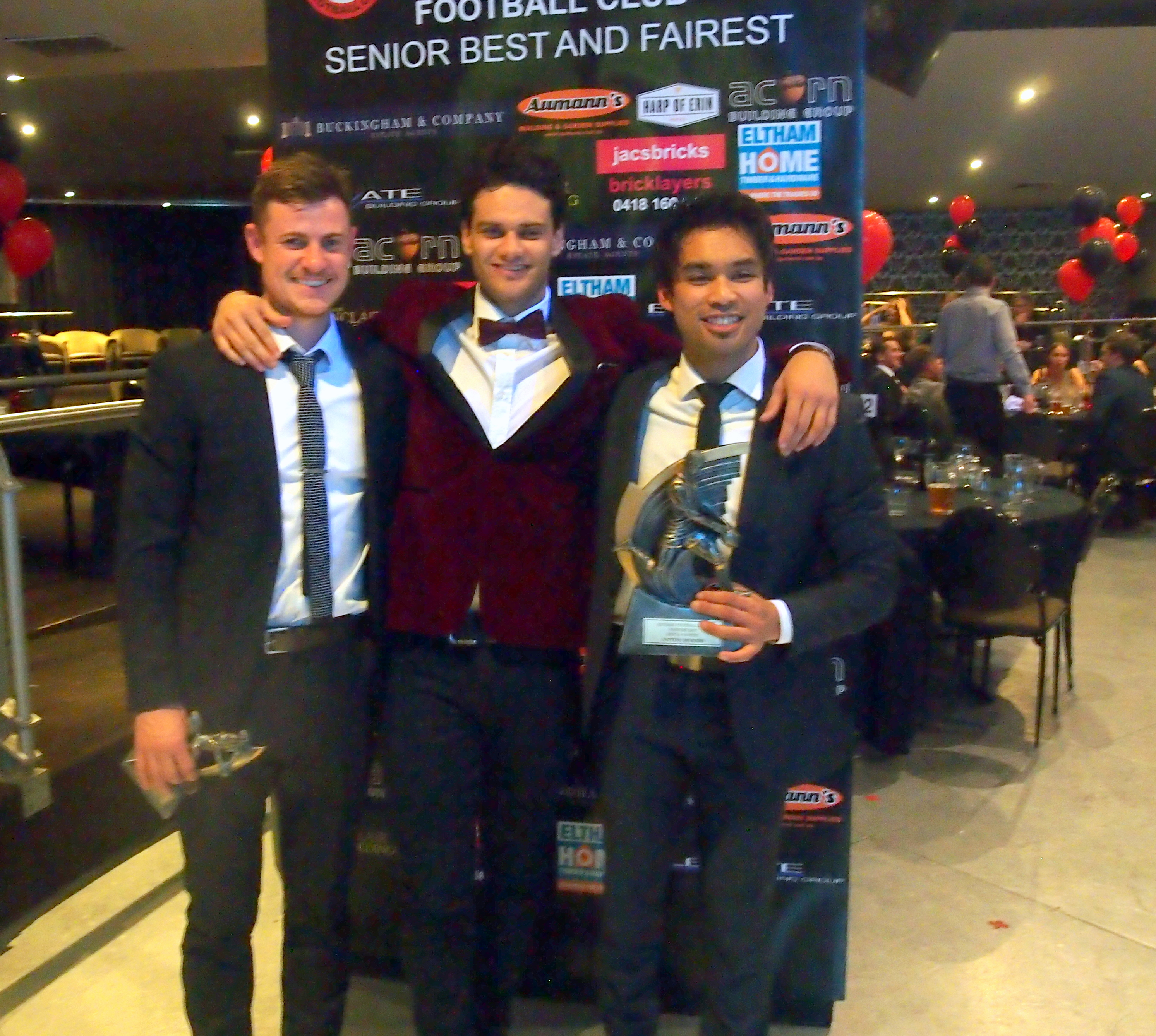 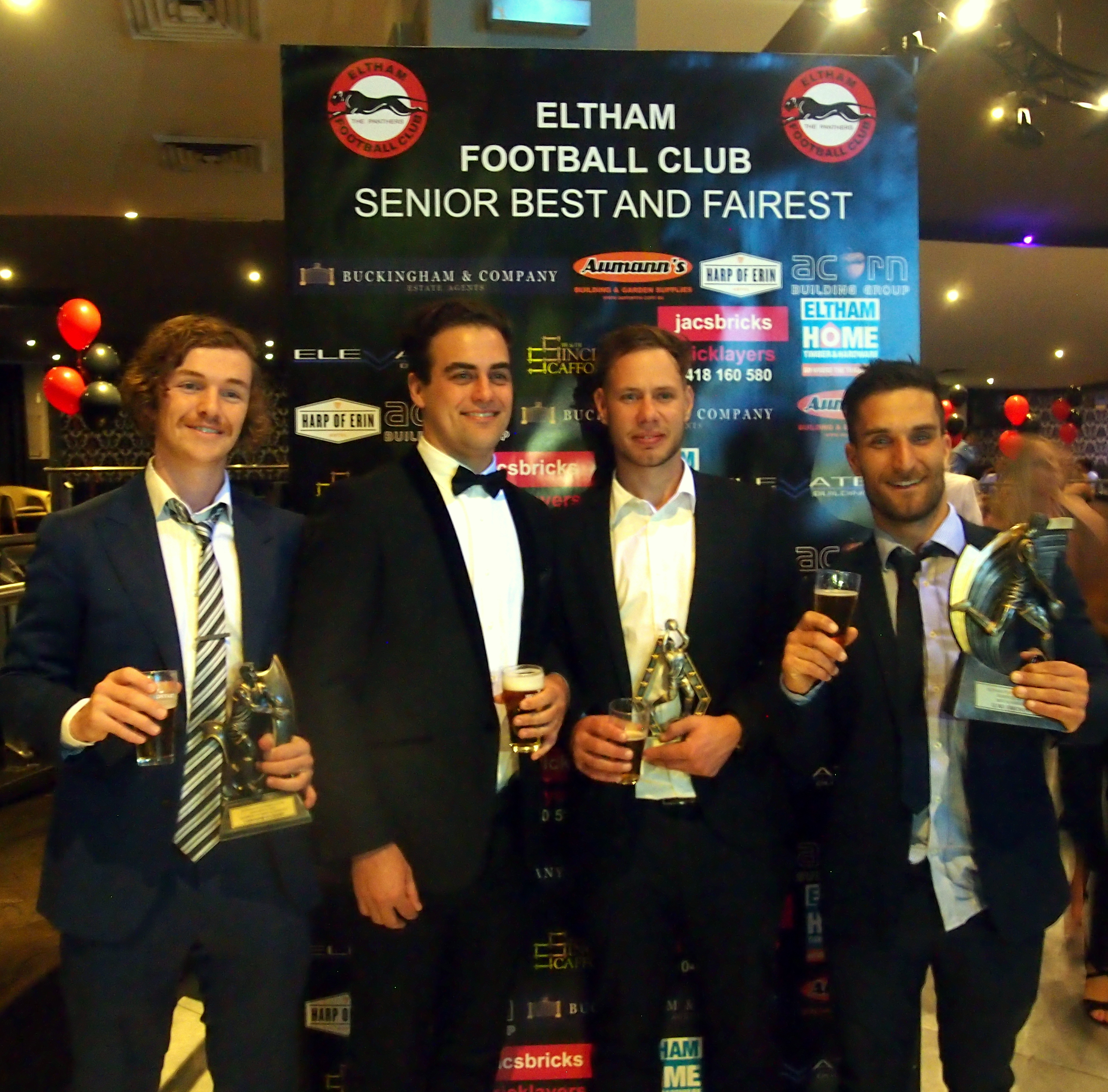 Both Keiran Keane and Lachie Merkel were absent overseas

In the Under 19s we had a runaway win by co-captain Harvey Furlong on 124 votes, polling in 13 of 16 games played 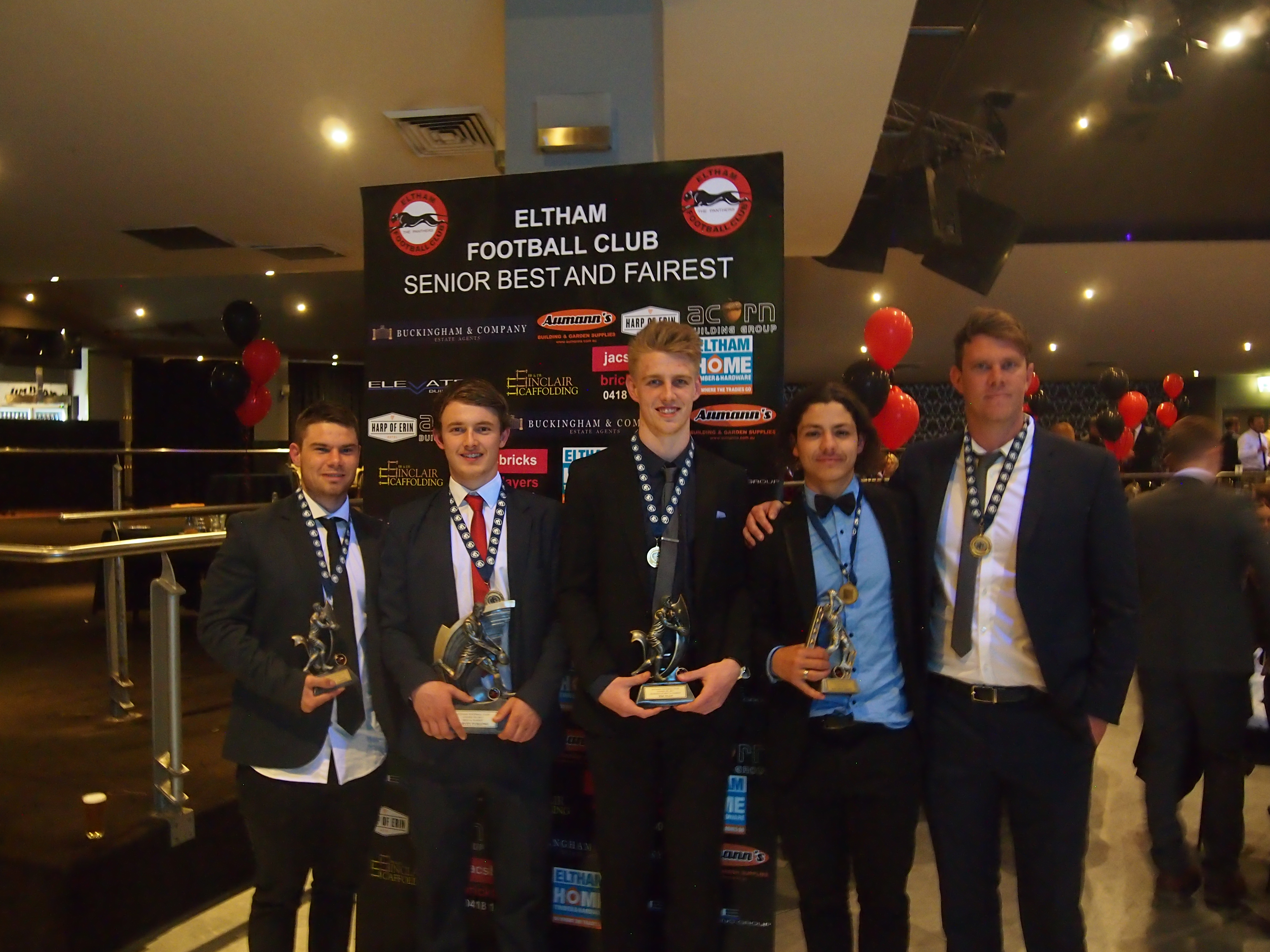