The Panthers had thrown out a warning to others sides that it would be a danger on the big Heidelberg ground come finals time. Eltham went into the 1st Semi against Epping as favourites but poor kicking from the start (1.8 at ¼ time) had Eltham in trouble at 1/2 time kicking 4.14 to 7.9.

John Birthisel and Cliff Stewart got Eltham back into the game to be only 1pt behind at ¾ time. It looked “mothballs” when Epping slammed on 4 goals in the first 5 minutes. In to time-on many supporters had left or were leaving Warringal Park early feeling the game was well and truly over. Oh how they should have waited with some doing quick about turns as the Panthers rallied.

The Panthers kicked 3 goals in a row before Epping scored a major. Still not out for the count, Cliff Stewart scored a major and with not much time to go.
The crowd was going crazy and when Capuano booted a “magnificent left foot goal which gave the Panthers a six point win”. Those who left were stunned when told Eltham have got up and few believed it, especially those you went to the Eltham Hotel to drown their sorrows.

In the Preliminary Final, Eltham although were the better side, Templestowe stuck with the Panthers and lead by 6pts at 3/4 time. Eltham however took control in the final quarter to run out winners by 17pts and thus gained the right to meet raging favourite Diamond Creek in the Grand Final.

Approx. 8,000 witnessed the 1969 DVFL Grand Final at Heidelberg with record gate receipts. The DV News stating that “Eltham and Diamond Creek must have been ghost towns for the afternoon”. Beaten only once during the season, Diamond Creek were the favourites. So much so the township was “geared for victory celebrations”. Premiership souvenir flags etc had been produced so confident were they. A Diamond Creek banner stretched half the length of the outer fence.

An “army of mascots” accompanied the Eltham players onto the ground. 6 minutes into the game Alan Anderson dashed out of defence and found Nassa Serritelli who beat 3 or 4 opponents to break clear and score the 1st goal of the game. Diamond Creek however kicked 3 goals in 5 minutes and then kicked another before Brian Pardon scored the Panthers 2nd. At 1/4 time ‘Diamo’ lead Eltham 5.4.34 to 2.2.14.

The Diamond Creek supporters felt there was room for complacency”. Adrian Withers scored for Eltham before Diamo scored to get the margin back to 34. Coach Mitchell swapped the wingers over as well as Cliff Stewart and Barry Capuano. These moves freed up the Eltham side and for the rest of the quarter it was Eltham kicking a further 6 goals (including 3 in quick succession to Capuano) to go into the major break 23pts up 10.5.65 to 6.6.42. The large crowd reveled in the unexpected.

The 3rd quarter saw both defenses on top and Diamo with the scoring end reduced the margin to 18 pts at the break. Serritelli scoring both goals for the Panthers, Eltham 12.8.80 to Diamond Creek 9.8.62. Both defences stood tall early on and although the Demon’s gave their supporters hope with a goal, ltham then proved their class and took over. Stewart dominated the centre and through Bray and Pardon, Capuano was found and he scored a vital goal. Diamo were targeting him and he hit the turf on numerous occasions but they could not stop him as he kicked 3 goals to take his tally to 6 for the game. Ian Graham scored Eltham 16th and with just time on to play it was Eltham’s Premiership. 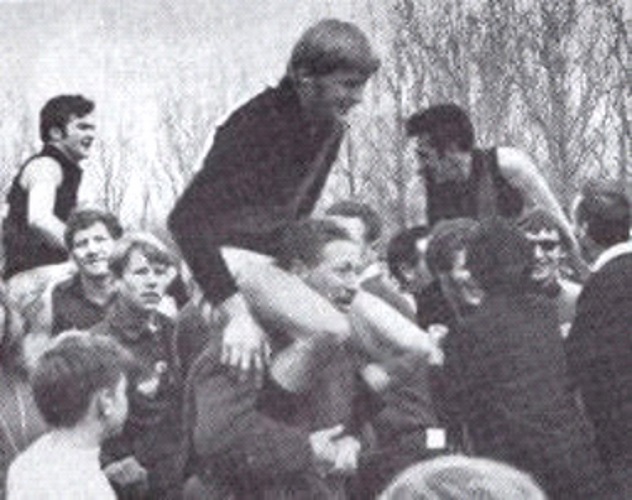 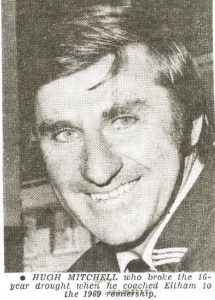 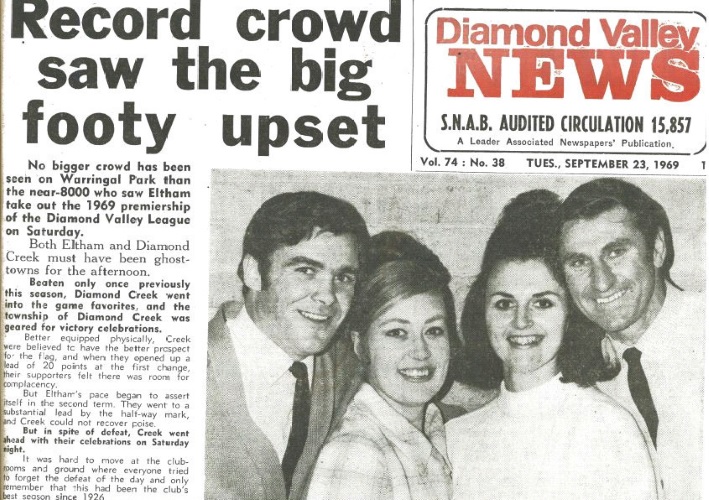