How old is our club?

How old is our club?

The Eltham Football Club website History Page  states that “1907 Police Constable “Ike” Stephens convened a meeting with the idea of providing entertainment for the lads and an outlet for their surplus energy. Phil McGavin was the first Secretary.”

Certainly Constable Stephens was a football person who was involved in the Footscray Football Club prior to his posting at Eltham Police Station. Where this information came from no one seems to know and I have been unable to find an article relating to that matter. There was a Phil McGavin in Eltham at that time. To say he was the 1st Secretary is possible as he was secretary in 1904. A Harold D.Gilsenan was secretary in 1905.

In 1920 Eltham joined the Heidelberg District Competition, however Eltham did play games maybe on a social basis from 1904. 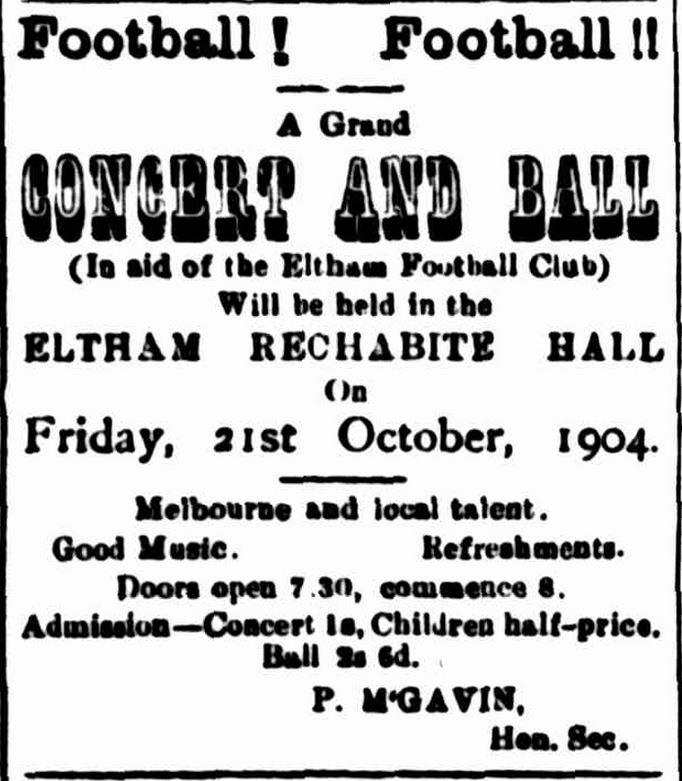 There may well have been a Eltham Football Club prior to this, but Eltham was again a small community and Kangaroo Ground already had a strong football team so players would have more than likely played there. To obtain 16 or so players each week would have been very difficult which the club even found in the 1920’s. World War 1 certainly either saw young men enlist or be required to stay on the farms (which Eltham really was mainly in those times)