Panthers feature in NFL Team of the year

Panthers feature in NFL Team of the year

The 2015 NFL Teams of the Year were announced at Monday night’s NFL Best and Fairest Awards.

The teams are selected based on nominations provided from all senior coaches within the NFL at the conclusion of the home and away season.

Umpire votes and Coaches Player of the Year votes are also taken into consideration when selecting the Team of the Year for each respective division.

With four players selected Eltham featured with the second most players behind Greensborough with 6 players chosen,

Below is the team for Division 1 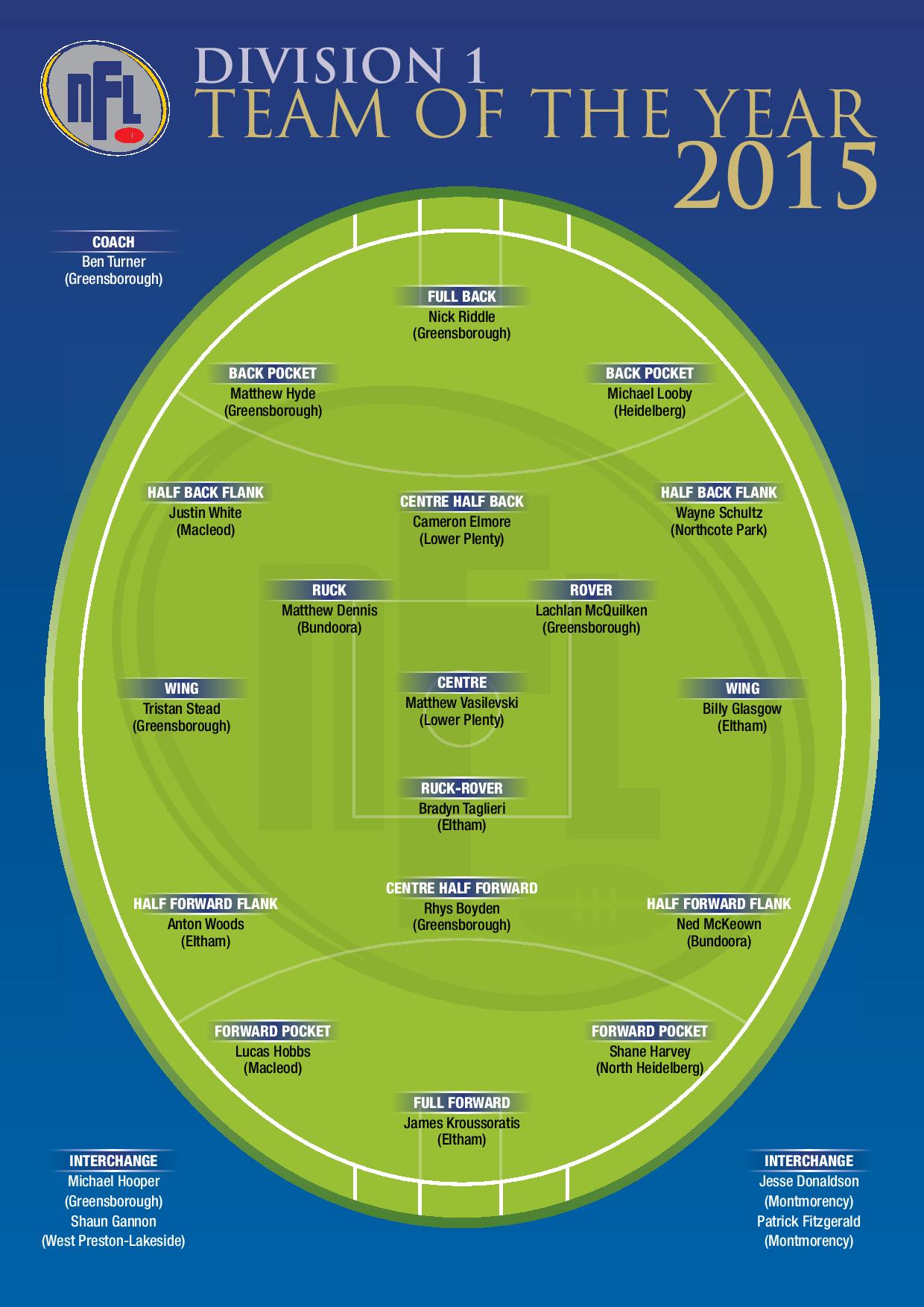