This Saturday July 11 – versus Bundoora – Preview and Teams

This Saturday July 11 – versus Bundoora – Preview and Teams

This coming Saturday July 11th, we will journey to Yulong Reserve to take on Bundoora. A win will give us an important game break on those outside of the five.

This post will be updated on Friday with Team selections

Fifth spot on the ladder is the prize when Bundoora (6th) and Eltham (5th) meet at Yulong Reserve – a game which could potentially be an in-season elimination final for two sides who both recorded wins in Round 12.

Bundoora kept its nose in front all day against a plucky North Heidelberg last week, claiming a 14-point win. The match opened up in the second half after a dour opening two quarters.

Nick Grabowski and Brendan Carlyon were again key figures in the Bulls’ win, while Ben Shelton was strong in defence and Kent Delbridge booted four goals.

Eltham last week recorded its best win since defeating Macleod in Round 5, when it ran away from Lower Plenty after half time to win by 36 points.

Young gun Billy Glasgow again displayed his star qualities in a best on ground performance, while Tom Rogers showed plenty of dash in his first game back from an injury layoff.

The win put the Panthers back inside the top five on percentage, however they were beaten by Bundoora back in Round 7 when Gary Moorcroft booted seven goals. 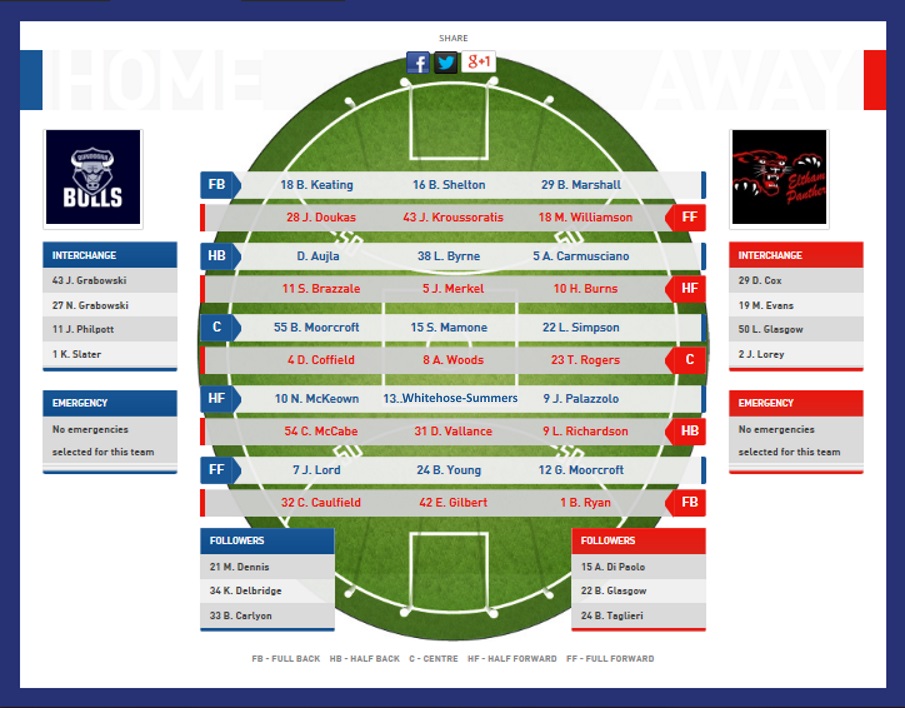 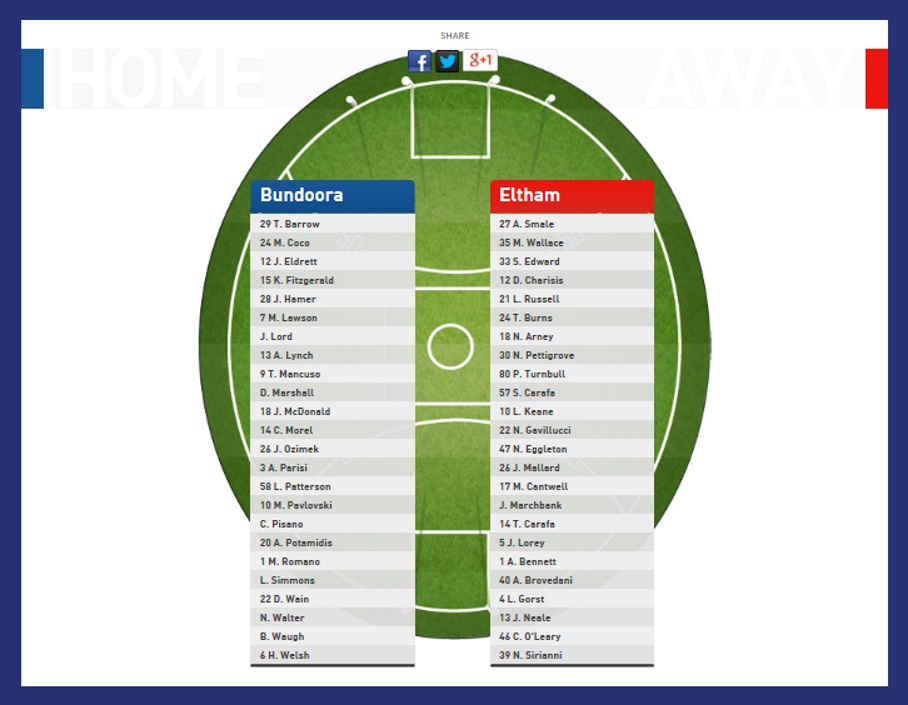