This week’s Teams and Preview for Montmorency at home

This week’s Teams and Preview for Montmorency at home

This coming Saturday June 27th its home games at Eltham Central Park. We are up against arch-rivals Montmorency.

Looking for a second win over Mont in 2015 and retention of the Ken Hines shield.

Following its fadeout loss in Round 10, Eltham returns home to take on Montmorency – where a win could propel the Panthers back inside the top five.

Already without Tom Rogers, Eltham’s midfield stocks took another hit when Anton Woods went down early in the first quarter against Northcote Park. Things didn’t get better after half time, with ruckman Jamie Smith sustaining a serious ankle injury prior to the Cougars’ nine-goal onslaught.

Bradyn Taglieri and the Glasgow brothers fought hard all day, while Sam Zito was named among the best after an impressive game across half back.

While disappointed to not take all four points from its clash with Macleod, Montmorency showed last weekend that it remains capable of serving it up to the best in 2015.

Given little hope in the lead up to the match, the Magpies led by two goals in the final term before coming from behind late to pinch a draw. Pat Fitzgerald was a star up forward with six goals, while midfielder Stephen McCallum and veteran Daniel Keenan also excelled. 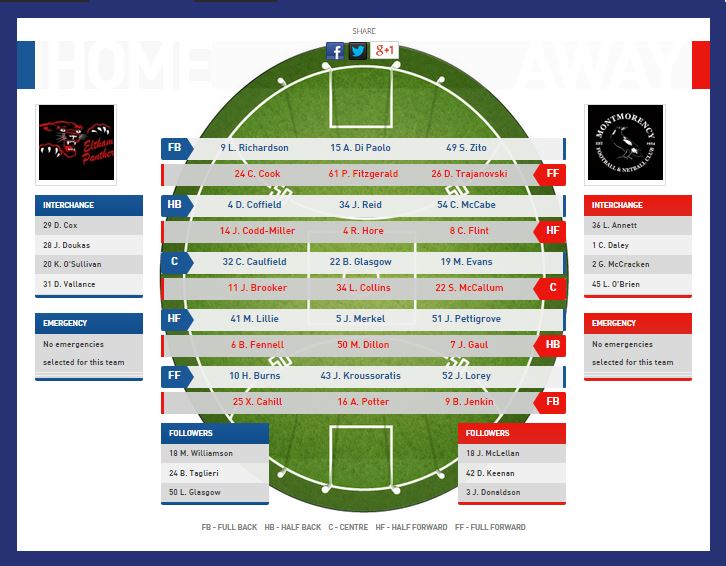 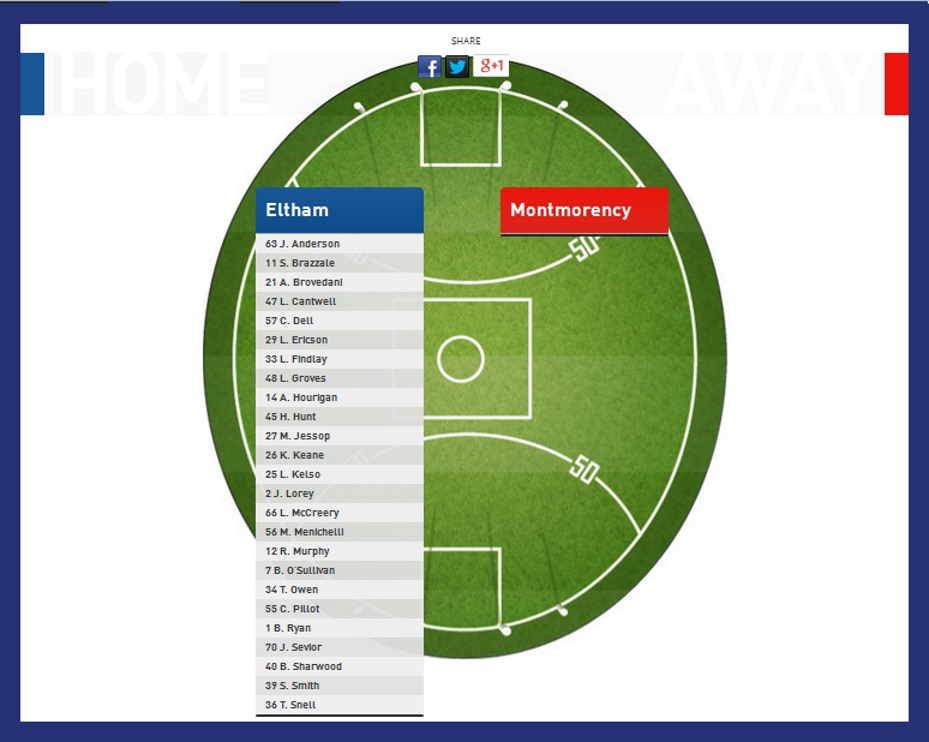 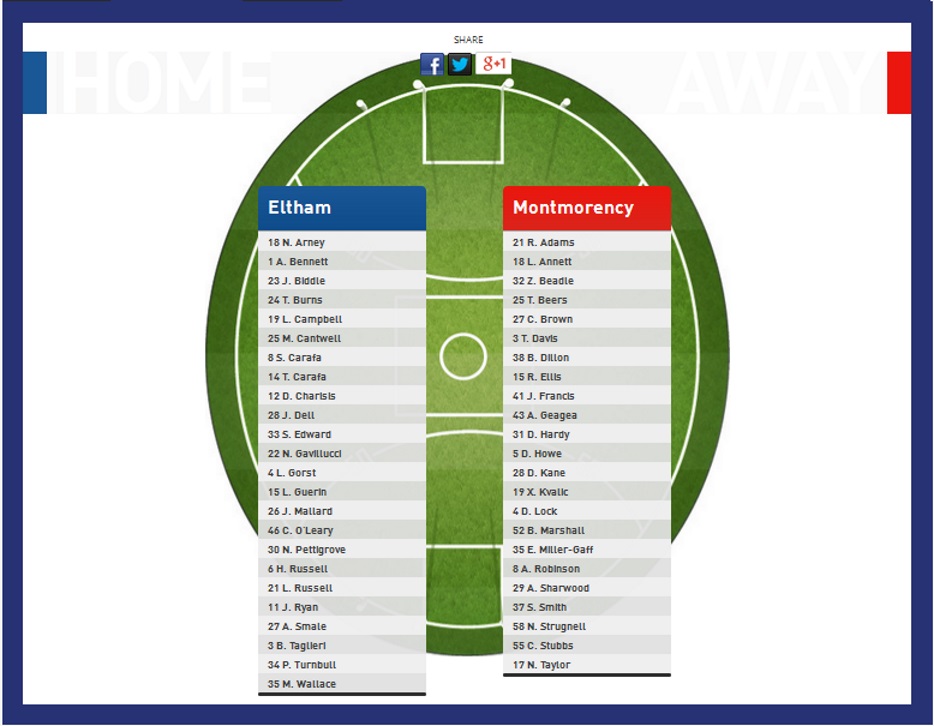