This week we travel to Bill Laurie Oval for a very important clash against Northcote Park.

Our last journey there provided a big win last year.

Like ourselves, Northcote Park have shown great improvement this season and currently sit third on the ladder

This may come down to be the game to decide who will play finals.

A mid-table logjam has been established as the Division 1 competition enters the back half of the 2015 home and away season.

Five sides sit with 5-4 records after the opening half of the year, with only a percentage differential of 36.31 separating third-placed Northcote Park and West Preston-Lakeside in seventh.

Two of the sides in the mid-table squeeze clash this week with Northcote Park hosting Eltham at Bill Lawry Oval – with both sides heading into the game in winning form.

The Cougars produced arguably their best win under Harmit Singh last weekend when they recovered from an 18-point quarter-time deficit to beat Heidelberg by 35 points at Warringal Park.

Ben McNiece returned from VFL duties with Essendon to play a starring role, while Pat O’Connell found form in front of the big sticks with four majors.

Matthew Williamson and Chase Caulfield combined for seven Eltham majors, while Jamie Smith was solid in his second game in Panther colours.

Eltham netted a 66-point win the last time it ventured to Westgarth St and was also victorious by 43 points when the sides met at Eltham Central Park earlier this season. James Kroussoratis looms as a key figure in this game, having booted 19 goals in his past three matches against the Cougars. 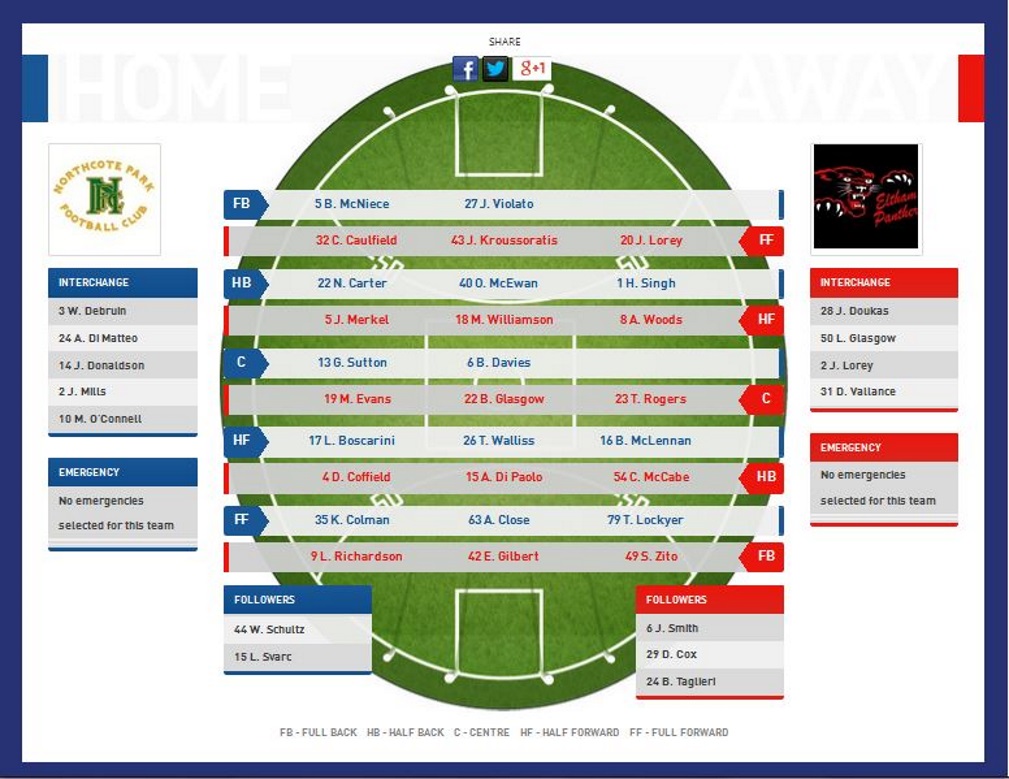 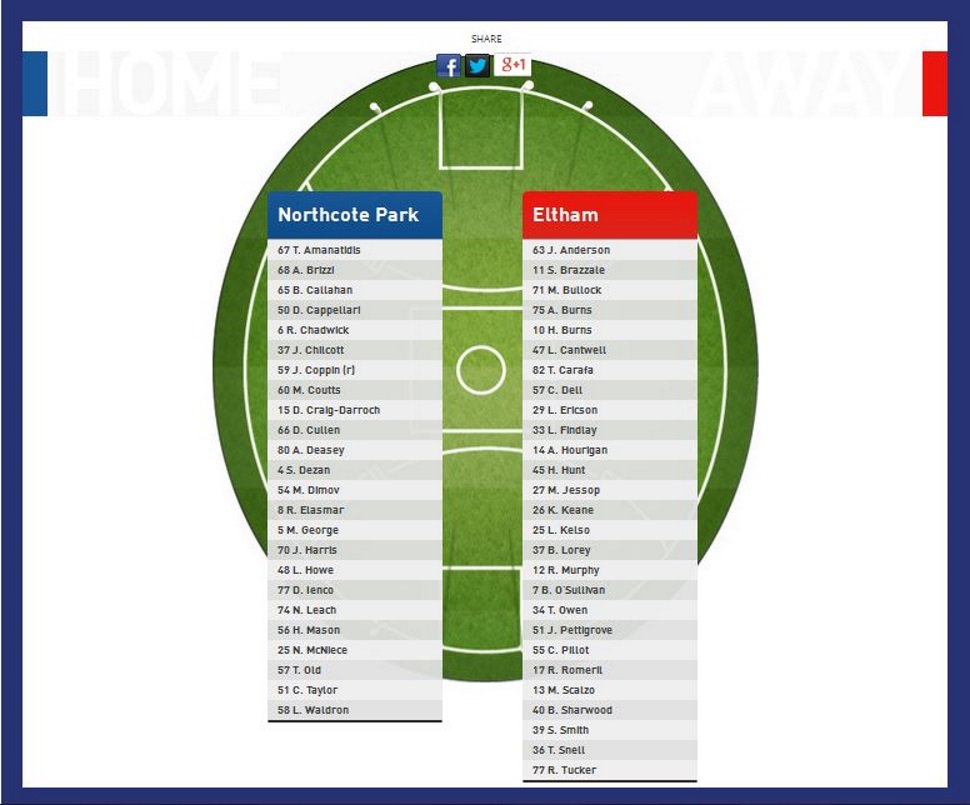 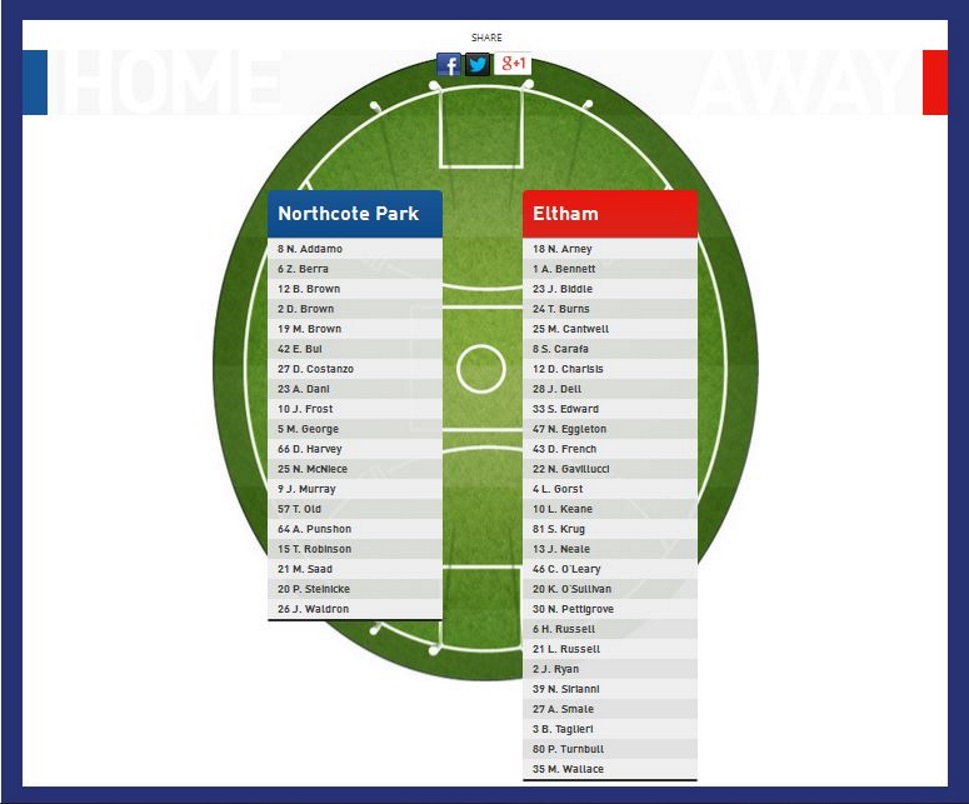